Fortress Festival may very well hit its stride in 2019. The Fort Worth music festival announced the full lineup for its third edition this morning, and it’s not too shabby. Rap duo Rae Sremmurd, singer Tinashe, indie pop band Superorganism, and synth-pop group Chvrches have been added to the roster of previously announced national and local acts, including hometown headliner Leon Bridges, Tank & The Bangas, and Bobby Sessions.

Fortress Festival returns to Will Rogers Coliseum April 27 – 28; while the Modern Art Museum of Fort Worth is still a partner and will have extended hours during the event, the stages will not be split between the two venues this year.

The individual lineups for Saturday and Sunday will be announced in early to mid February, when single-day tickets go on sale. Two-day tickets are available now starting at $109. 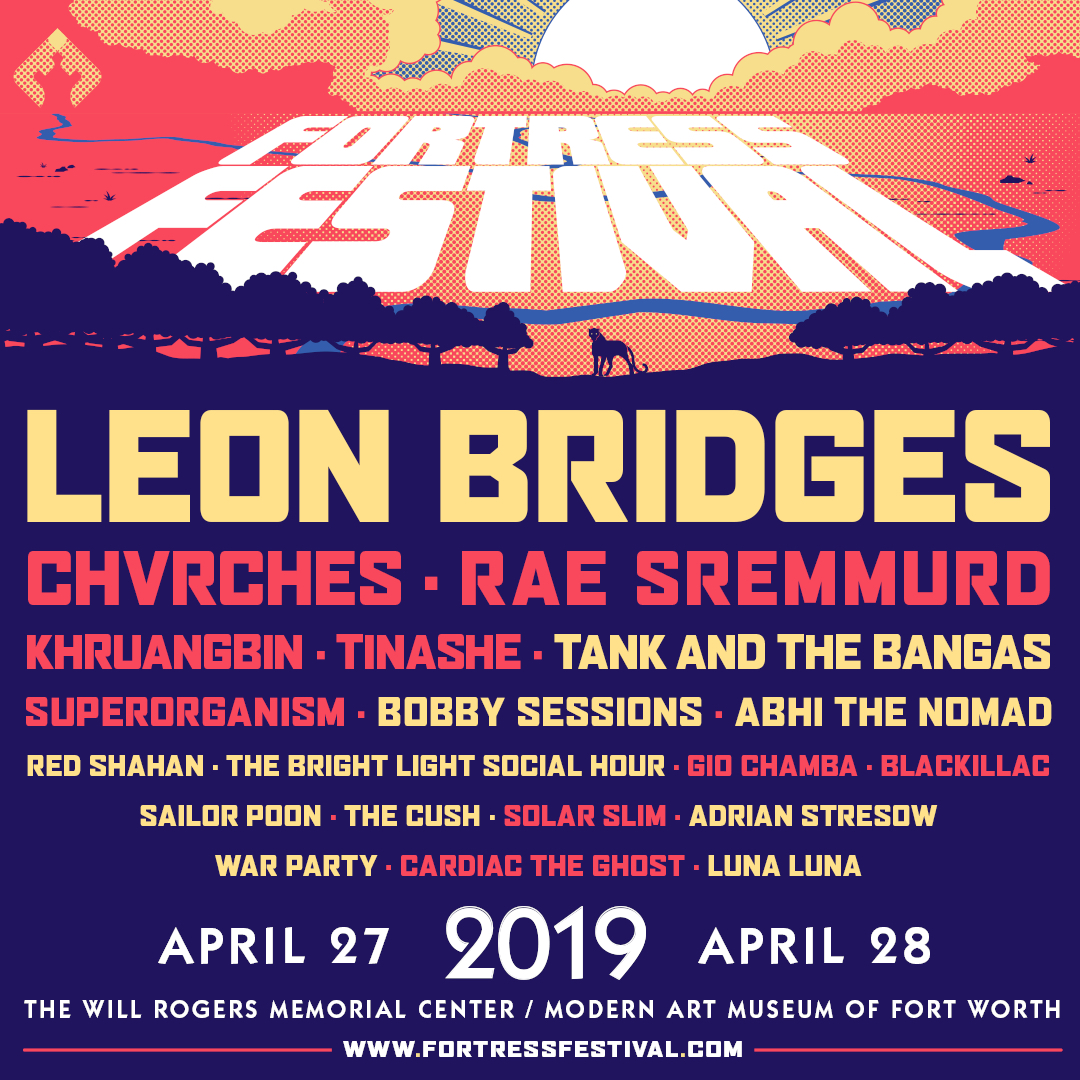