When I attended Fortress Festival at its inaugural weekend in 2017, I found a music festival with a lot of potential and a few kinks. There was that awkward, roundabout trek between the stage at the Modern and the stage at Will Rogers Memorial Center. There was a slightly incoherent lineup of acts that, while great individually, didn’t necessarily make sense together. In short, there was a bit of an identity problem. But as it nears its third year, the Fort Worth music festival seems to be finding itself.

Fortress Festival revealed the first half of its 2019 lineup this morning, naming local superstar Leon Bridges as one of two headliners. Strangely enough, it will be the very first time the Fort Worth native performs at a major concert in his hometown. Bridges, who is currently touring Europe, released his sophomore album, Good Thing in May.

Fortress Festival co-founders Alec Jhangiani and Ramtin Nikzad say that the wide variety in the lineup is very much intentional, but it’s taken some practice to get right.

“I think it’s just as much as we’re looking to have a varied lineup, there does need to be cohesion. There’s a balancing act. We’re looking at a spectrum of people who could be interested in an event like this. It’s a difficult thing to really define as far as dogma,” says Nikzad.

As for that awkward layout, the festival has been consolidated to Will Rogers, but the Modern Art Museum is still a partner of Fortress Festival and will be open late for the enjoyment of concert-goers.

Other new developments include the release of Early Bird 2-day passes – on sale now – for the folks who are willing to roll the dice on the second half of the lineup. Those will be available online for $79 until the full lineup is announced in January.

Fortress Festival 2019 takes place April 28 and 29 at Will Rogers Memorial Center and The Modern Art Museum Fort Worth. 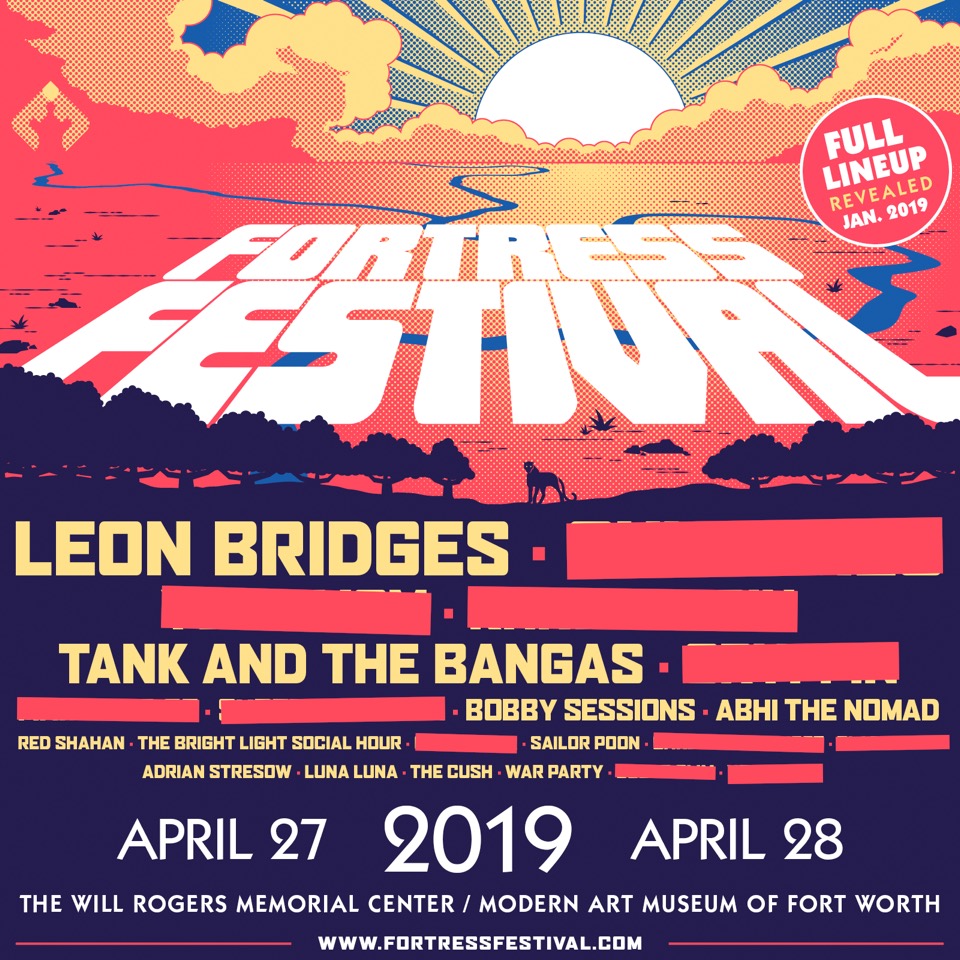 For Fans And Bands At Fortress Festival 2018, Spring Peaked With Style

New Music Festival Coming to Fort Worth This Spring