So, this week, Hurricane Harvey devastated the southern borders of Texas. And somehow, Dallas found a way to make that about Dallas. The entire metro area decided to go all Doomsday Preppers and buy every gallon of gasoline in existence. Preston Hollow ran out first. Then, LeeAnne Locken and your aunt and the Entire Worst Parts of The Internet started tweeting about how everyone needed to go out and fill up their tanks. And with that, Parkies had to drive father north than they had ever driven in their lives. It was a terrible day for white people. A true tragedy. I saw a BMW and a confused double doodle at my gas station in the 75243.

Nobody stopped driving, because that wasn’t an option. We just panic-drove until we found a new location with gasoline, then waited in line with the Range Rover running, and filled up so we could find another gas station line in which to idle whilst telling everyone on social media that they should really go get gas because “There’s no gas!!!!”

And so, once again, we turn to Real Housewives of Dallas to take our minds off of the real world and give us something new to judge. Enter: Stephanie, still pissed that Travis bought a multi-million dollar house without her permission. When he wants to build a full-on Willy Wonka elevator in the bedroom and Stephanie disapproves, Travis says, “I’m the one making the money, so…” Perfect. 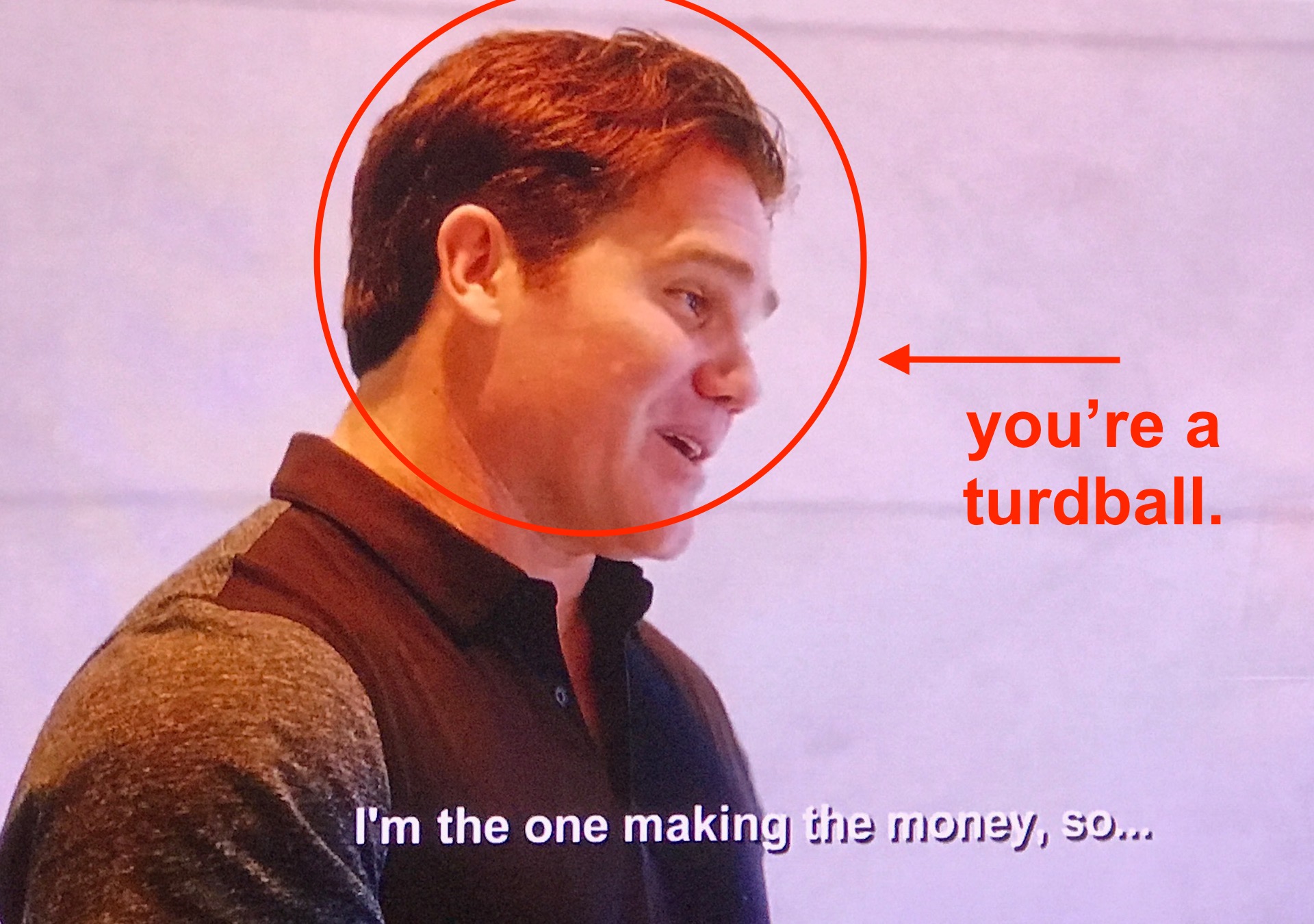 I’m immediately waiting for Stephanie’s awesome comeback. Something like, “So you get to be a total chauvinist cheese fart?” “So I never have to have sex with you again?” “So that’s why I married you? Thanks. I had forgotten, but it makes total sense now, because I have no idea why I would put up with your elephant-turd behavior otherwise.”

Instead, nothing. She says nothing. Stephanie lets that ellipsis hang in the air long enough for her designer to make a face that says, “I’m screaming on the inside and I would very much like to punch your husband in his smirk, but you’re paying me not to have opinions.” 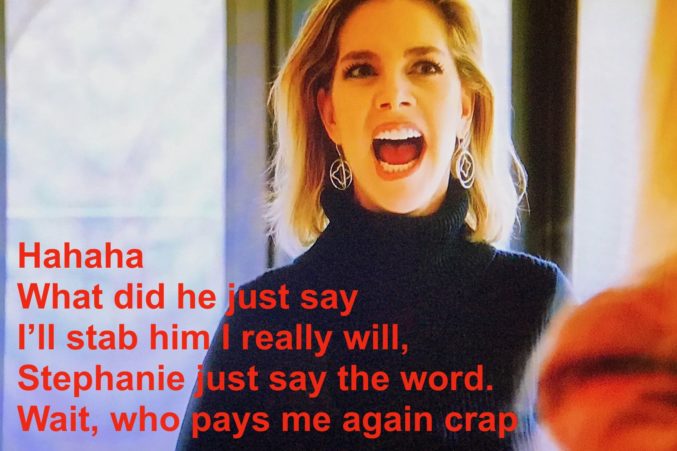 Then, D’Andra tells LeeAnne that her Two-Face I’m Stephanie Because You Guys Stephanie Is Two-Faced Get It Halloween costume was rude. “You can’t go to somebody’s home, dress up as them, make fun of them and then go write an inspirational quote on your Facebook page. It doesn’t work that way.” Ooh. D’Andra burn.

LeeAnne gives her a look that says, “Actuallyyyyyyyyy, I’m pretty sure it does work that way.” LeeAnne calls Stephanie a social climber and then we hard cut to LeeAnne speaking at an inspirational speech at the Positivitea. 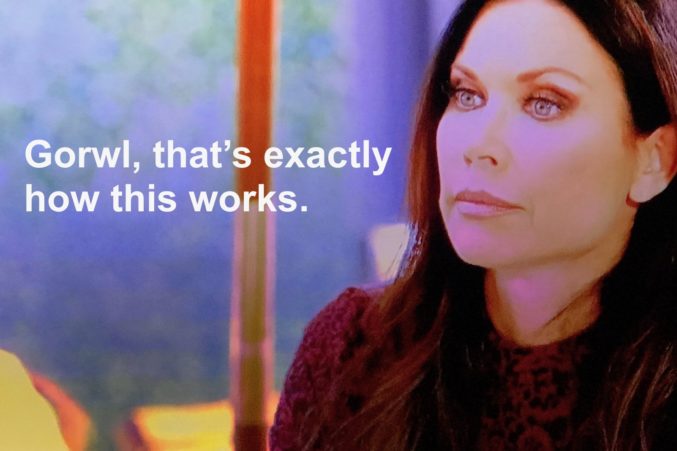 Let’s pause for a second on this whole calling-someone-on-Real-Housewives-a-social-climber thing. Calling a cast member on this show a social climber is like calling 635 at 5:30 p.m. a disaster. It’s like calling The Galleria “not as good as Northpark.” It’s like claiming there’s no reason 560 at the top of Reunion Tower needs to spin. It’s like saying, “You know what I think? I think the trail around White Rock Lake is about a 9-mile loop.” It’s like calling Mark Cuban kinda weird-looking. Of course.

I mean, yes obviously. Of course they are all social climbers. That’s the entire point of this franchise. It’s not like Andy Cohen went, “Hmm… where are the nicest, most humble and secure-in-their-success people in the Dallas area?” They Googled “Shows Up At Red Carpet In Dallas And Makes Photographer Take 75 Photos Until My Neck Looks Young Again” and cast the first six people who didn’t turn them down. And that’s why this show is fun. As the incomparable Miley Cyrus would growl-sing, “It’s the climb.”

After LeeAnne’s speech, Brandi and Kameron are talking about Halloween costumes, and Brandi says that she told LeeAnne she should have dressed up as the hot dog, had her dog dress up as beans, and then they would have been frank and beans. Kameron patronizingly says, “Oh my gosh. How do yow think of that stuff? I mean that would not even be in my vocabuhlary.” She says “vocabuhlary.” I have the feeling Kameron might be so self-centered that she physically cannot make her mouth make the word “you” come out of it in any way.

Then we cut to an interview with Brandi that reveals that she doesn’t care for high society. They cut to a scene from last season, during which she says she doesn’t understand why all the women spend a ton of money on appetizers and booze at these fundraisers, when that money could be going to the charity. Careful, Sweetheart. If you start talking crazy about taking booze and snacks away in order to help others in this group of women, this is going to get real ugly real fast. Just go take a nap and forget this conversation ever happened.

Kameron pulls out a raincoat for her Birkin at dinner with Cary. Nobody is surprised. Or entertained. Cary says she is worried about missing important moments as her kid grows up, and that she has mom-guilt. Kameron can relate, “Yeah, like if I’m at the mall too long or gone in Cabo too long,” she says. Yeah. Same here. I hate it when I’m gone in Cabo too long and I miss third grade. I feel such guilt.

Stephanie and Brandi meet for dinner, and Brandi does an impression of Kameron that is spot on, and I begin to really love Brandi. 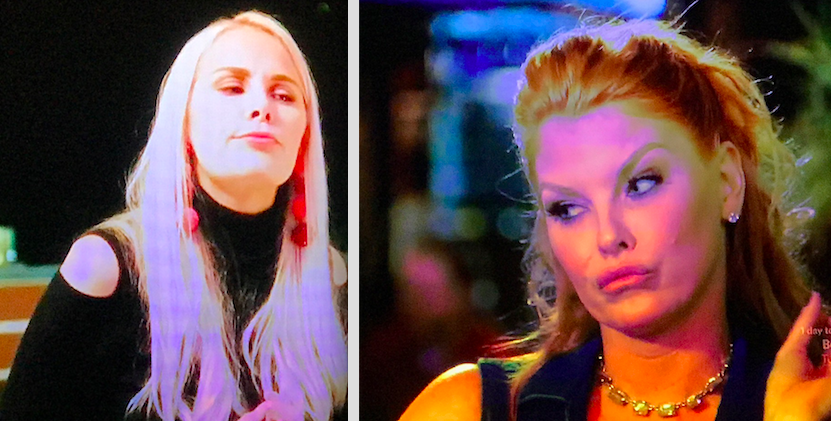 Then, she prank calls Heidi Dillon using the scariest ET-ate-a-Rodent-Of-Unusual-Size voice I’ve ever heard. I begin to love Brandi more.

At Cary’s house, Brandi gives metallic pink gifts to Stephanie and Cary in front of Kameron. The gifts are a girls’ trip to Memphis. Kameron is standing right there and is not invited. Kameron has said several times that her favorite color is pink, and is currently dressed from head to toe in pink. She continues not to receive a pink bag. The girls jump up and down as if they had just won a trip to Hawaii on a unicorn Birkin-logo-ed rainbow. Pretty sure they don’t know what a “Memphis” is. Kameron is still not invited. Kameron points out that she is not invited, and that it was rude for Brandi to invite the other girls to a trip without including her. Nobody cares. 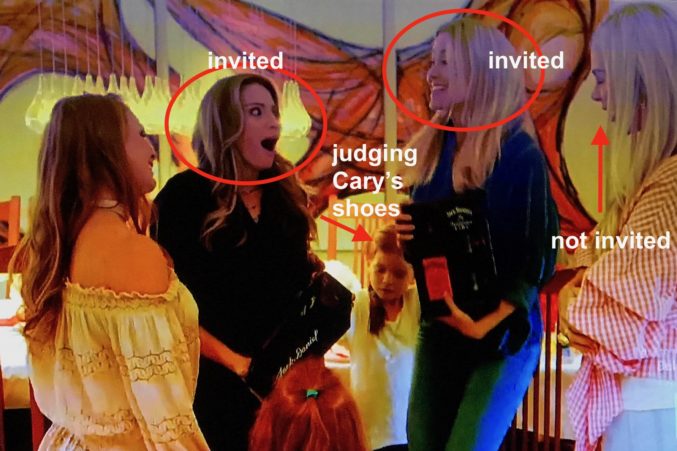 Brandi just did the unthinkable: she made Kameron Westcott jealous about a trip to Memphis, Tennessee. I officially love Brandi.

Drinking game for next episode: Every time a Housewife is confused about what a “Memphis” is, drink. If you start to like LeeAnne more than you like Kameron, drink. If a husband is shown not-giving-a-flying-Ferragamo as his wife talks to him about the color pink, chug.

Dallas-Set Queen of the South Returns to TV Thursday