How To Make The Most of Dallas’ Cultural Plan Input Meetings

The frame is city branding and economic viability. To hear and be heard, discard the frame.
By Lyndsay Knecht | September 26, 2017|3:22 pm
Advertisement

When attending meetings where the roles of art and community engagement in city planning are discussed, there’s a solid way to gauge how deeply the organizers are thinking about art and the people who make it. Just look at the images of art and community in Power Point slides, on display easels, in printed materials. Are the people and works in the images clearly identified? Is there information on what group is performing and where? This is all the more relevant when the word “culture” is being thrown around.

At the first in a series of input sessions hosted by the Office of Cultural Affairs at the Dallas Museum of Art last night, there was no shortage of participants and ways for them to express themselves. But there was very little caption information. It was hard to tell what was a rendering and what was documentation of the arts and culture that already exist in Dallas. 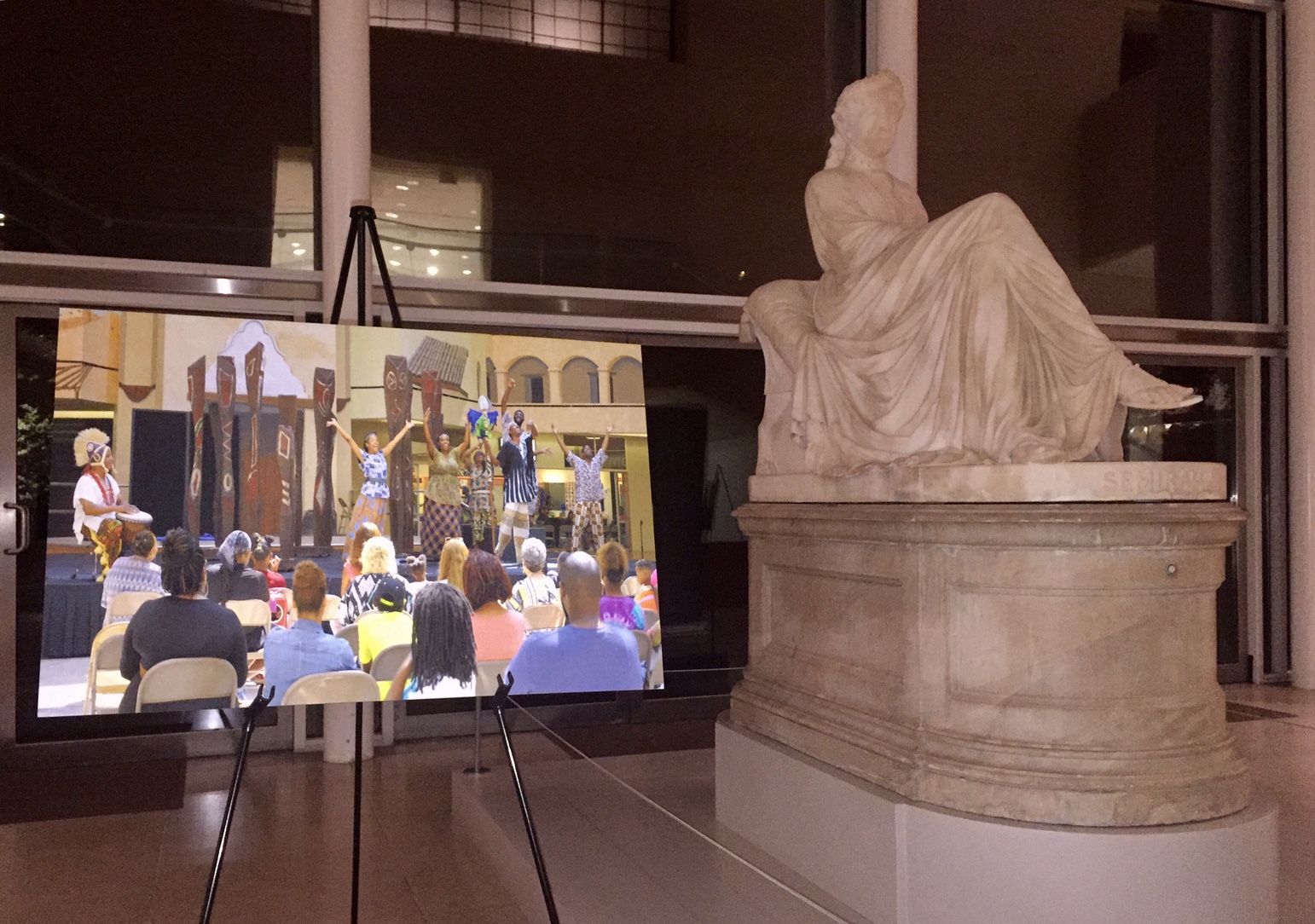 For the first time in 15 years the city of Dallas is rewriting its cultural plan, which requires a full vetting of arts organizations and how fairly they’re funded. This is of enormous import especially for neighborhoods and communities who don’t have easy access to events in the Arts District. Darryl Ratcliff laid out the gaps between well-heeled venues and community arts organizations back in March.

The first of four meetings this week drew a full house to the DMA, with Office of Cultural Affairs reps placing dry-erase markers in the hands of participants who wrote their definitions of a “culturally rich city” on so-called “frosty boxes.” BC workshop was there, too, helming brainstorm stations where people could lay out their dream neighborhoods and label sites of arts access with toothpick flags. A diorama used as an example called for “a variety of shops to accommodate productions of different budgets” and identified “affordable rehearsal space” as a need. I went through my mental rolodex and tried to think which theatre person present might have made the example. I asked BC’s Lizzie MacWillie, who stood nearby, if she knew.

“Oh, I made that example,” she explained.

It was clear throughout the night that all parties involved were eager for attendees to lend hopes for what might be, hence the encouragement, the marker-placing and the example-making. But more than anything, people came to get information. And that was true for the arts patrons and the arts leaders in the mix to give input.  After building imaginary neighborhoods and marking real neighborhoods on virtual maps we were instructed to sit banquet-style at round tables with strangers and talk to them. This is when what felt like a branding experiment morphed into some real discoveries.

Roslyn Walker, a soft-spoken woman at my table who turned out to be Dr. Roslyn Walker, a curator of African Art at the DMA, maligned the disappearance of the International Cultural Calendar, something multiple witnesses affirmed existed in elevators of downtown buildings many years ago. Earlina Green, a young writer who used to work for the New York Knicks and now rents an apartment with her husband downtown, said she took a memoir class at Brookhaven with a room full of people almost twice her age because she couldn’t find a community of writers. Marlene Hurd from Plano chimed in, asking where the poets were, the kind who make up poems on the spot on the street. We exchanged intel.

The broadness of a half-hour sitdown is unavoidable. But people seemed to really take to one another. A representative from each table went to the front to synthesize each respective conversation for the rest of the group. Many of the speakers shouted out affectionately to their tables in pointing them out: “this band of scoundrels,” “this rockin’ table in the back,” “the fun table — more fun than you.”

Some of the takeaways:

“We need to reach out to kids and the elderly.”

“We should keep the ingredients of an American salad, as opposed to a melting pot.”

“Money needs to flow down and not just up.”

I asked Green, our group spokesperson, when the night was through: What would you most like to see result from all this collected info?

Get a front row seat to the best shows, arts, and things to do across North Texas. Never miss a beat.
Arts