There are only a few situations where quoting Shakespeare at length is not unbearably pretentious. If you’re acting in a production of a play by William Shakespeare, for example.

It’s also welcome in Bards Against Profanity, a card game using some of the Bard’s sauciest lines in response to sometimes innocuous, sometimes provocative prompts.

The rules should be familiar to anyone who has played the popular Cards Against Humanity (no relation): 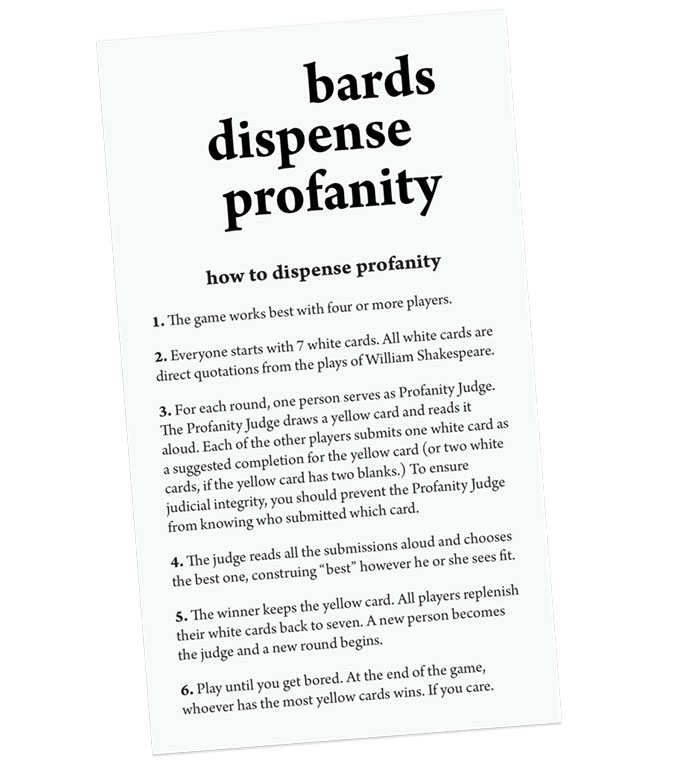 Bards Dispense Profanity is the brainchild of SMU English professor Tim Cassedy and former SMU students Kate Petsche, Chelsea Grogan, and Jenna Peck. It follows Dick, a similar game using Herman Melville’s Moby-Dick as its source text. Taking quotes from 25 of Shakespeare’s 38 plays makes Bards considerably broader, but there is a certain purity to Dick jokes that we admire.

Nevertheless, Shakespeare, probably the most important writer in the history of the English language, had a spectacularly filthy pen, and Bards has plenty of raunchy source material to work with.

In a trial playthrough, we were particularly charmed by the combination “I love the smell of the mere effusion of thy proper loins (Measure for Measure III.i) in the morning.”

The game was sent to us with the suggestion that it would make for an ideal Christmas gift, and we can’t really disagree. Bards Dispense Profanity is funnier than socks, cheaper than an Xbox, and less likely to end in familial bloodshed than a competitive holiday game of Risk.

So, sure. Merry Christmas.

Go here for more information or to buy your own for about $20. 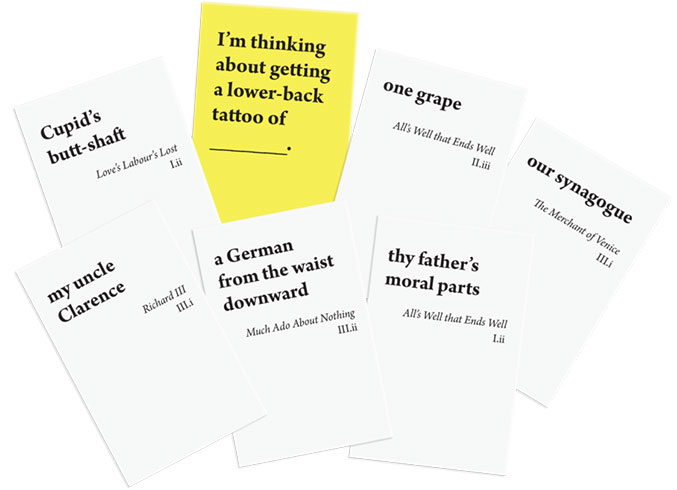