Episode 3 of Logo TV’s A-List Dallas picks up with the after-drama from last week’s Footloose party where Taylor had just nudged Phillip and Levi, sending them on a fully-clothed, partially-couture, surprise swim.

Outside, Ashley selflessly jumps in front of Taylor, saving him from the violent shouts of preppy, upper middleclass gay men. But she’s unable to keep Levi from wrinkling Taylor’s shirt and knocking his bowtie slightly off-center.

The next day, Ashley goes shopping with James and as they try on trendy belts, they discuss the party chaos. Ashley relives the fear she experienced as she shielded Taylor, “I had a cowboy and an angry black man coming after me.”

OK, Ash, really? He was mad about his shoes getting wet. I’d call Phillip a modern day Richard Simmons but “an angry black man” he is not. Let’s be done with this topic, K?

Besides, James has some things he wants to discuss with you, “Finding love in the gay community is one of the hardest things I’ve ever had to do.” But it seems things are taking a turn for the better. James tells Ashley about a new boy, Jarred, “He has perfect eyes, perfect teeth, perfect hair.”

Perhaps this is part of the problem, James. You’ve listed his top 3 remarkable qualities, all of which he could share with a serial killer. Let’s dig deeper, do the two of you share any common hobbies like drinking alcohol as soon as you wake up in the morning?

Maybe your list of non-negotiable items for a boyfriend could be altered. Like, he can have a dental history with periodic cavities but he has a really good heart. Think about that while we try to figure out what the Hell is up with Chase’s apartment.

Phillip has dropped by Chase’s pad, a long and oddly narrow space with an entire wall of awkwardly hung drapes, keeping the majority of his apartment out of view. Yes, there could be dead bodies on the other side of the curtain but I think it’s more likely that producers didn’t want to be stuck with the re-decorating bill so they updated one tiny strip of his living quarters and called us stupid it a day.

Phillip is there to talk about the incident at the party. He tells the dramatic, and now drastically distorted story from his view, “And at this point I kind of black out.”

No, you didn’t black out, Phillip. Your shoes got wet. When will we be moving on?

Not anytime soon because Chase chimes in, “Taylor is the most insincere, lying, manipulative boy-bitch I’ve ever had the displeasure of knowing.”

Gentlemen, allow me. Taylor knocked Phillip in the pool at a party. Uncool. But super entertaining. He didn’t lie about it. He admitted it straight-up. He’s attractive. And more successful than both of you put together. I sense you’re trying to buck the social chain of command but it is simply not possible.

The brutal truth: Taylor brings more to the table in terms of home décor, earning potential, IQ and overall looks.  Sadly, this means that about one time each year he can throw any member of your group in the pool and you just have to deal with it. I’m sorry I had to be the one to explain this.

Next, Levi must have misplaced his phone because he drops by Ashley’s apartment on official business. He needs some photography done for his clothing line, Inch Wear, in preparation for an upcoming marketing campaign. Ashley isn’t sure she can fit him in to her busy picture taking sched. She eventually agrees to work  with him but warns they’ll need a studio at roughly $500 per hour. Levi hesitates and reminds her that she’s shooting swimwear and suggests a lake-type setting. She looks at him like he’s an idiot and reluctantly agrees.

Levi is considering Phillip as his model but needs him to come to Inch Wear headquarters for a fitting. To indicate that he’s at work, Levi wears glasses. Phillip demos the skimpy swim trunks in a conference room. Levi slaps his butt and the audition is over. Hired.

No wonder Ashley has such a cramped calendar, she’s super busy butting into the business of every gay man in the DFW area. Now she’s at The Pooch Patio with Taylor and their dogs. Taylor finds himself having to defend the pool incident to Ashley so he claims simply, “I was trying to spice it up.” In male language, that means, “shut up.” But she continues.

Ashley: You’re not owning it.

Americans in unison, speaking to the television: Go home to your husband, Ashley.

Taylor: [getting irritated] I’ve got two companies to run.

Ashley: [Hysterical, overblown ridiculousness about “a man out to get her” as she protected Taylor.]

Taylor: Butt out. [He exits stage right and the crowd cheers]

Ashley: I’ll definitely have Taylor on my prayer list tonight. (Ashley, while you’re at it, add your husband to the list. Something tells me he needs prayer too.) 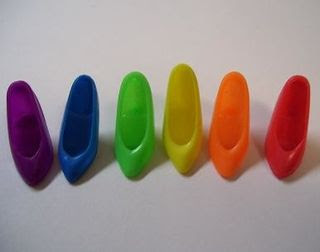 Next up, viewers are invited to the closet of Phillip’s client, Kameron, where he’s dressing her for an event. He explains to Kameron that he wants to drop a few pounds on the quick because he’s modeling for Levi’s project. Kameron has a suggestion so I’m bracing for some crazy starvation diet.

She recommends that he get a colon cleansing. Why? Because she has a friend who swears by it after having a long lost Barbie shoe flushed out of her rectum.

Look, Kam, you need friends that don’t find misplaced items in their buttocks. And assuming Phillip’s colon is filled with Barbie shoes or the like, the difference in terms of BMI is not great enough to balance the discomfort of having an elective colon procedure. But thanks for your input.

Next we’re hanging out with James who is having drinks with the perfect teeth boy, Jarred, who dresses like he spends a lot of time on the set of Miami Vice. Here’s how the convo went down:

James: So what do you think?

Yeah that was a total crusher. Cut to the classic reality TV private interview where James is recovering, “I still believe in fairytales.”

Good, James. But unless “you seem like a good guy” is what the knight in shining armor of your fairytale says, I don’t think Jarred is the one. I mean, he could have been, but you screwed it up with the warning about how you’ll stalk him if you fall in love and then he ditches you.

Next time, save that for the second date.

Over at Dallas Colon Therapy, Phillip demonstrates that he values Kameron’s advice no matter how insane. He’s told by the technician that he needs to insert a tool that will allow them to begin the cleansing procedure. Phillip tells us, “I’m more of an exit-only type of guy.” Phillip, if you want to release your inner Barbie shoes, you’ll need to open your mind to new ideas.

Cut to the lake where Levi is stuffing Phillip’s swim trunks for the photo session. Ashley puts on her photographer hat and encourages Phillip to work the camera, “This is your lake.” Ashley complains about the sun’s position and how it’s ruining her shoot.

Ashley, this is the difference between a chick with a camera and real photographer. The real ones know about the sun and they schedule these sessions around the earth’s predictable daily rotation. It’s a reliable system and I highly recommend checking it out if you still want to be a photographer when you grow up.

Next, Chase shows up at Taylor’s very classy, masculine yet homey apartment. He wants to talk more about the pool scene because we haven’t beat that dead horse quite enough.

First, Taylor played naïve, “Wasn’t it a pool party?” But when that didn’t stick, he went down the “I was spicing it up” path. Chase is fed up and leaves without putting the pool-gate saga to bed.

James has recognized that his self-esteem issues impact his ability to find love so he hired a life coach. I’m not sure but I think he found her on the back of the Dallas Observer with the massage ads. They meet at the lake and sit on rocks while James completes his assignment; a list of things people have said about him that hurt his feelings. He begins.

Then the life coach asks James to stand on the rocks, crumble the paper and commit a misdemeanor littering offense by throwing the list into the water, simultaneously releasing himself from the burden others have placed on him. She tells him to yell as loud as he can that he is good enough. He’s reluctant so she encourages him, “You’re spoiled, you’re a whore.”

James, I hope Logo picked up the coaching bill and that you got the opportunity to trip her down some stairs before the session ended.

Taylor and Levi finally meet up for a drink to discuss the topic that won’t go away. Taylor acknowledges, “It was a joke gone bad.” The two profess their feelings for one another and Levi decides he can get past the pool betrayal if Taylor will apologize to Phillip. Taylor agrees.

But just when viewers are feeling love in the air, Levi hits the private interview room, seemingly after taking a shot of truth serum, “The conversation is not that great, the drama is way too high, but the sex is…” Levi, are you sure you’re gay?

I was feeling sad for Taylor until he tells us, “Levi isn’t the sharpest tool in the shed so he’s pretty easy to manipulate.”

I’m starting to feel like this relationship could end up on a 48 Hours episode, just sayin’.

Levi heads over to meet Rob the marketing consultant. Rob immediately spots the amateur nature of Ashley’s photos and tells Levi they won’t work. Levi isn’t happy, “Ashley wasted my time and made a fool out of me.” The thing about the sun being in her way didn’t concern you, Levi?

Finally, Taylor makes the apology that should save us from hearing more about Phillip’s wet designer shoes. Though something in me feels that Taylor had his fingers crossed under the table and the apology could be voided at a later date.

Previews of next week’s episode make me giddy- a glimpse of Ashley getting rip roarin’ mad and Levi falling out of a chair.